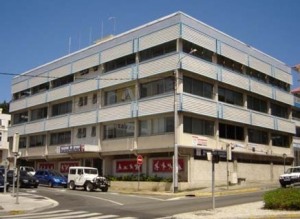 The Caledonian's sport constituted in leagues and Committees which some of them were created several years ago (the first club on the territory, the "Veloce Club Caledonien" or VCC dating from 1882), is slowly federated, first of all in Union of Sports Federations (in the forties), then in Territorial Committees of Sports (1982) to become, in 1984 the CTOS which Claude Fournier maintained the presidency more than 10 years.

The CTOS is affiliated to the National French Olympic and Sporting Committee (CNOSF) which the excellent relations has allowed New Caledonia to show the seriousness, the competencies and the know-how of the Caledonian sporting Movement, which ended up by the decision of the CNOSF to give New Caledonia the hosting of several French Teams for their Olympic preparations prior to the Sydney 2000 Olympics.

Nowadays, the successor of Mr. Erica Gay, president from 1996 to 2003, Mr. Daniel Cornaille was elected in 2003 to be the new president of the CTOS.

Constituted in Association (law of 1901), the CTOS has for role:

The CTOS is constituted of a Director Committee composed of 15 members elected from the Sporting Movement of the 43 leagues or Committees affiliated to the CTOS.
7 of these 15 members are nominated to be in the Executive Board of the CTOS which is set up for 4 years.

The CTOS also include an administrative service composed of 7 persons in charge of the secretary works and the creation of different projects and actions which the CTOS is the manager.

But also, a person in charge of the Center of Resources and Information for Volunteers of New Caledonia.