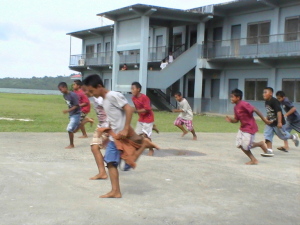 One of the fundamental goals of Olympism is to place sport at the service of the harmonious development of man, with a view to promoting a peaceful society concerned with the preservation of human dignity.

Improved knowledge, a reduction in stigma and disrcimination and, safer sexual practices among the sporting community of Oceania

Develop National STOP HIV frameworks that are sustainable and locally managed in 8 National Olympic Committees by 2012.

1. Through a coaching curriculum that uses sport/games to engage youth and bring about behaviour change

2. Trained athlete role models (STOP HIV Champions) to inspire and educate the youth in their sports and communities.

3. Key sporting events as a platform from which to deliver education in an engaging and non confronting environment.

4. Through forging partnerships between National Olympic Committees and National AIDS Councils and other development agencies

STOP HIV enjoys a presence in American Samoa, the Cook Islands, the Federated States of Micronesia, Fiji, Kiribati, Palau, Papua New Guinea, Samoa, Tonga and Vanuatu. We work primarily through the National Olympic Committees with a focus on partnering with National AIDS Councils, Ministries, NGOs and UN agencies to deliver and implement.

In 2005, UNAIDS signed a memorandum of understanding with the International Olympic Committee to involve the world of sport more actively in the response to HIV.

Launched in March, 2008 at the ONOC General Assembly in Nadi, Fiji, STOP HIV operates through the National Olympic Committees and National Sport Federations utilising the power of sport to deliver education and prevent the transmission of HIV and Sexually Transmitted Infections amongst the youth of the Pacific aged between 15 - 29years.

VISIT http://www.sportingpulse.com/mysport.cgi?a=HOME&mID=179825 for regular updates and resources and become a member of our community 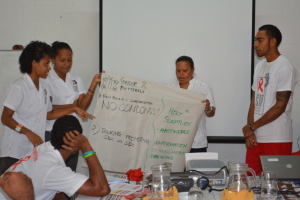 Religious, cultural and other sensitivities 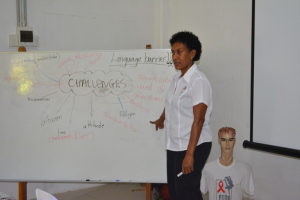 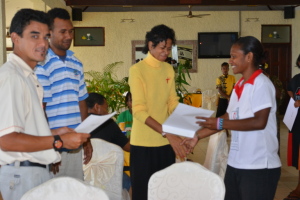 Rendezvous with a Leader 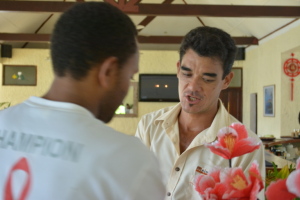 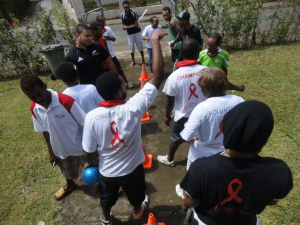 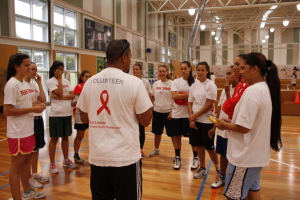 Learning about HIV through games